Computers such as PCs and laptops need to be maintained on a regular basis to ensure longevity, so that the risk of user productivity taking a nosedive can be reduced as much as possible. If a computer is not maintained properly, it will eventually slow down and even the hardware inside of a system can start to fail. 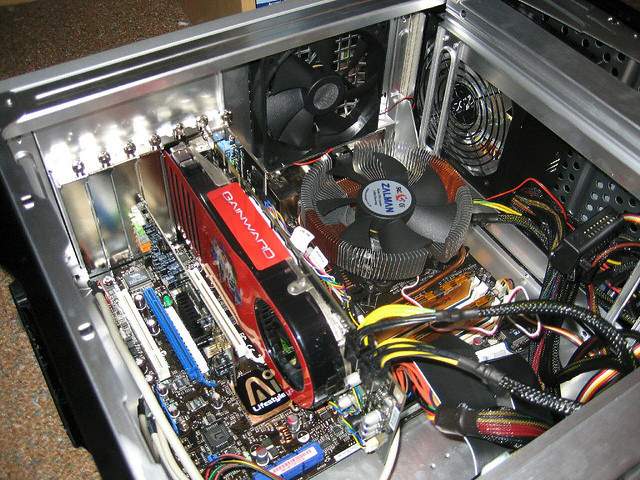 In order to avoid such problems, and to have a smooth-running system for as long as possible, here are some practical ways to keep your computer running as efficiently as reasonably possible!

Give your PC a clean

The problem with PC cases is that they tend to be a dust and hair magnet, as they are usually situated on the floor of people’s homes and offices. Even after a couple of months, the inside of a PC case will have accumulated a significant amount of dust and hair, which can be attributed to the case fans pulling in unfiltered air from the area surrounding it.

If you are handy with a screwdriver, you can open up the side of the case which does not have the motherboard mounted to it; this will reveal to what extent your PC needs a clean.

Should there be a large buildup of dust and hair inside your PC case, you can use an air duster (preferably one which is non-flammable and can be used upside-down) to blow out any dust buildup, and holding a vacuum cleaner hose near to where you are using the air duster.

Make sure that you do not let the vacuum cleaner make contact with the internal components of the PC, because you could transfer static electricity to them which can effectively kill sensitive electronic components such as RAM, for example.

You could also use some keyboard and mouse wipes to clean the insides of the case, making sure you don’t make contact with the internal PC components for the same reasons stated above.

One of the reasons that computers get viruses and malware, in particular systems running Microsoft Windows, is that operating system and software updates are not installed on a regular basis (such computer ‘nasties’ often attack vulnerabilities in operating systems that haven’t been patched).

You can set Windows to automatically download and install updates, and many individual software applications have similar features too.

Another reason that viruses and malware can attack computer systems is because they either have out-of-date or non-existent antivirus security software installed!

Rob from www.dsiltd.co.uk recommends using a premium product such as Norton Internet Security 2014, because such products tend to offer more protection than the free antivirus equivalents on the market.

Give your operating system a spring clean

There are various products on the market such as CCleaner which can ensure that any temporary files created by your system are deleted so that your system can run at an optimal speed.

A major reason of Internet slowdown, for example, is because the web browser’s temporary Internet files don’t get deleted very often, and this can cause the software to slow down a lot.